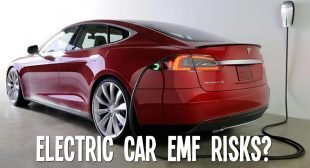 EMFs in Cars, 7 Ways To Reduce Your Exposure

Owning and driving the latest hi-tech car can be such a thrill, technology has given us so much, but not necessarily for the better. Modern cars have so many electronics. All these appliances are emitters of electromagnetic fields (EMFs), in some shape or form, that are potentially harmful to your health.